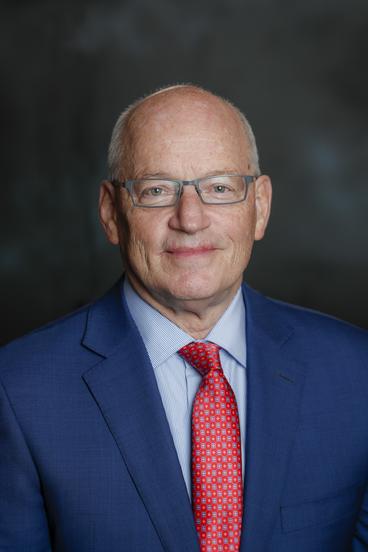 Myron Frans is the Senior Vice President for Finance and Operations. His roles include Chief Financial Officer, Chief Operations Officer, and Treasurer for the University of Minnesota. His system-wide leadership role as Chief Operations Officer includes the offices of Information Technology, Investments and Banking, University Budget, University Finance, University Services, Public Safety, and Health & Safety. He is a member of President Gabel’s Cabinet and the Senior Leadership Team. He was selected by the Board of Regents to serve as one of the University’s representatives on the Fairview Health Board of Directors.

Prior to coming to the University, Frans was appointed Commissioner of Minnesota Management & Budget (MMB) by Governor Tim Walz in January 2019, after previously serving in this capacity since 2015. He also served as Commissioner of Revenue from 2011 to 2015.

As Commissioner of MMB, Myron was the chief financial officer, the chief accounting officer, the state controller, head of human resource management and employee insurance for over 50,000 state employees, and in charge of collective bargaining on behalf of the state. During his ten-year service to the state, he helped to restore Minnesota state budget stability by:

In addition, Frans worked with Governor Dayton to enhance the reputation of the state as an employer of choice with an emphasis on a diverse workforce and inclusive culture through improved recruiting and training, and to create a safer workplace through our pioneering work on the prevention of sexual harassment.

Before joining the Dayton administration in 2015, Myron served as president of Leeds Precision Instruments, a manufacturing and distributing company in Minnesota.

Frans has been a tax attorney in private practice for 27 years, most recently as a senior tax partner at the law firm of Faegre & Benson in Minneapolis, now Faegre Drinker.  Frans is a graduate of the University of Kansas Law School.